Busting the Myth: Turmeric and Pepper

Turmeric is becoming a widely used spice in equine diets and its benefits are undeniable. We know from speaking to our own customers what a difference turmeric in the diet can make, particularly to older horses and those who compete heavily.

As with many things that people gain an awareness of, the complexities are overlooked and misinformation spreads around very quickly. Turmeric is no exception, so we think it’s high time that the misunderstanding around turmeric and pepper be cleared up. We’ll be citing research as we go throughout this article and you can see the full reference list at the end. 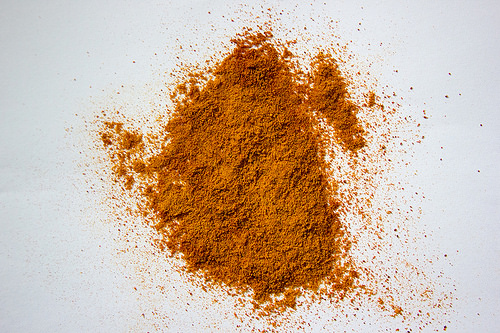 We’ve heard it hundreds of times – “Turmeric can’t be absorbed without pepper” or “Pepper is necessary when feeding turmeric”. That is a myth.

It is absolutely not necessary to feed pepper alongside turmeric in order for it to be absorbed.

In studies using human subjects, the addition of pepper when consuming turmeric, did show a very significant increase in bioavailability of turmeric. The results in animals however, were much less dramatic [4].

Over the years, it has become apparent from the research that the two main ways to enhance bioavailability of turmeric for the average person using it at home, it to add either oil or pepper or both.

How do the additions of these two things actually enhance bioavailability?

By adding pepper, the turmeric still goes to the liver with very little absorption having occurred in the gut. The presence of the pepper then prevents the liver from metabolising the turmeric and breaking it down to be excreted. [2]

When oil is added, the problem of low water-solubility is canceled out. Therefore, the presence of oil when the turmeric reaches the gastrointestinal tract allows the turmeric to be absorbed into the bloodstream through the stomach and small intestine [5].

The important thing to remember about adding pepper is how it enhances bioavailability. Pepper has the same effect of blocking metabolism and breakdown of many components other than those found in turmeric including a number of medications and other active ingredients in food. In many of those cases, you wouldn’t want to prevent them being metabolised and to remain in the body for an extended period of time. So, if you’re planning to add pepper to your horse’s diet, it is best to consult your vet and proceed with caution, particularly if they’re on any medication.

It is the interference with metabolism caused by pepper that has led us to leave it out of Alpha GOLD. This doesn’t hamper the ability of the product to be beneficial in any way. If nothing else, the hundreds of testimonials and stories our customers have shared with us about the product are proof that turmeric can be absorbed and incredibly beneficial without pepper!

If you have any questions or comments, please feel free to contact us at EquiNutritive today

Comments will be approved before showing up.

The Beauty of Burdock

How Seasonal Supplements Can Benefit Your Horse

Why Turmeric is Gold Dust for Your Horse